KANSAS CITY, Mo. – The Veterans of Foreign Wars of the U.S. is proud to announce that its VFW Unmet Needs program provided a total of $684,000 in disaster assistance grants to help more than 2,050 military and veteran families recover from last year’s string of natural disasters.

In addition to the monetary support provided by the VFW national organization, many local VFW members quickly joined relief efforts in their own devastated communities. When members of VFW Post 4709 in Conroe, Texas, discovered their Red Cross couldn’t reach several emergency shelters, they prepared and shipped out three meals a day for nearly 2,000 people. 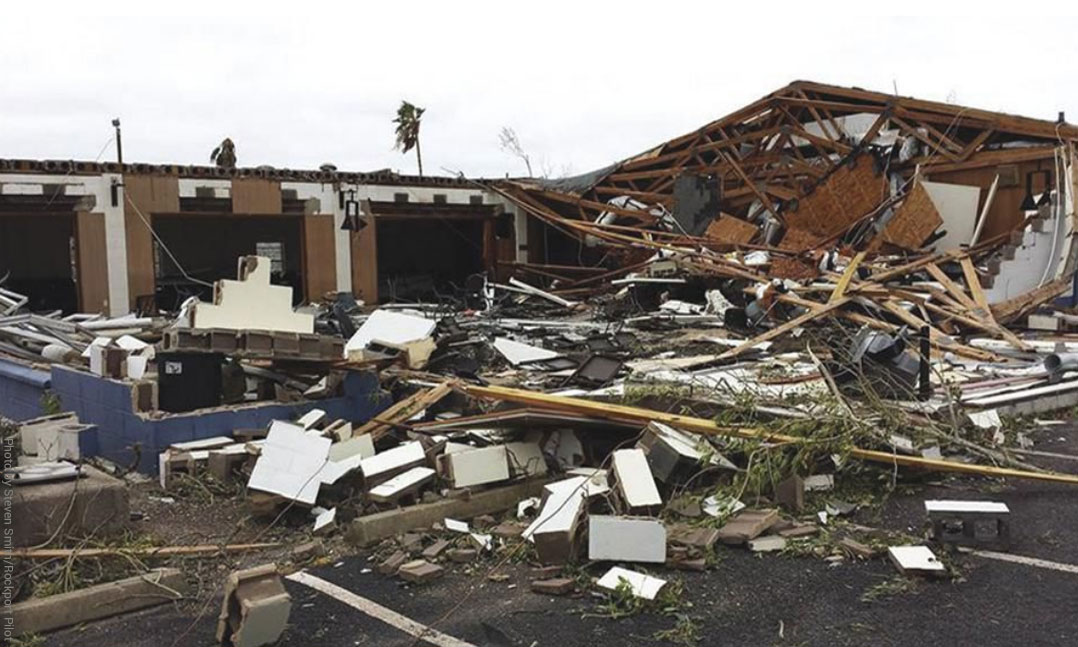 When Hurricane Harvey made its way through Rockport, Texas, winds blew in the front windows of VFW Post 3904, air pressure caused the roof to separate from the building and part of the front wall fell in. Photo by Steven Smith/Rockport Pilot.

Members of Puerto Rico VFW Post 12064 helped distribute water and nearly 1,000 meals to struggling veterans, as well as helped others with debris removal, to receive health care, find temporary housing, and by connecting them with the correct government agencies to help get them back on their feet faster.

"Too many veterans still don’t have access to power or water,” said Post 12064 Senior Vice Commander Jose Santos-Alvarez. "It doesn’t matter who you are or where you come from, if we see you and you need help, we’re going to help,” he said of the Post’s dedication in their neighborhoods and communities.

The VFW projects that by the end of its fiscal year, nearly 2,400 grants will be distributed, surpassing $786,000 in disaster aid.

The VFW’s most recent assistance continues a long-standing commitment to supporting veterans, service members and their families in the wake of natural disasters. In 2012, the VFW provided more than $120,000 for Hurricane Sandy victims on the East Coast, distributed over $60,000 in 2013 for Moore, Okla., tornado and Colorado flood relief, and in 2016 provided $25,000 to Louisiana for flood relief.

"The VFW is extremely proud of the fact we can provide a lifeline for so many military and veteran families, especially during an already trying time in their lives,” said VFW National Commander Keith Harman. "This program really showcases what we do, and have always done to support America’s service members.”